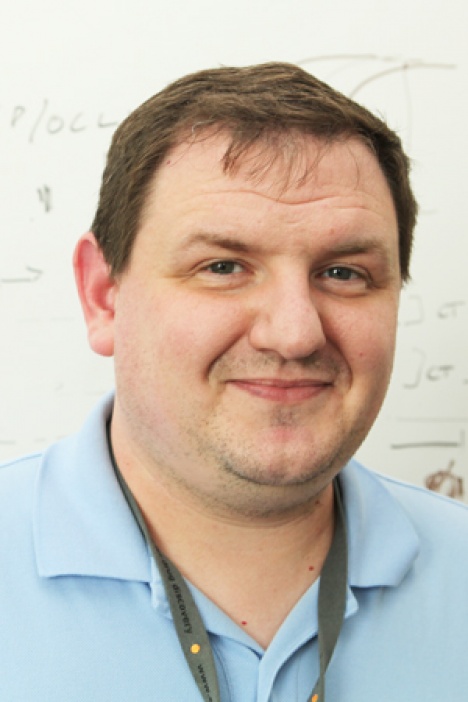 Chuck Karan is the scientific director for the High-Throughput Screening Facility at the JP Sulzberger Columbia Genome Center. In this role, he assists researchers at Columbia and from other institutions to develop and implement high-throughput screening protocols tailored to the goals of individual research projects. He also manages all operations of the HTS facility.

Karan completed his PhD in 1998 at the University of Rochester, where he studied organic chemistry under the supervision of Professor Benjamin L. Miller. In Rochester he led a project that developed new ways to discover ligands for biological targets and worked with a team on developing and optimizing metal catalyzed reactions.  He later pursued postdoctoral research at Harvard University Medical Center's Institute of Chemistry and Cellular Biology (ICCB) under the supervision of Dr. John A. Tallerico. At the ICCB Charles worked as a member of several multidisciplinary teams to overcome obstacles in chemistry and biology.

After his postdoctoral research, Karan became manager of the High-Throughput Screening Resource Center at the Rockefeller University,  where he was responsible for all aspects of running the center, including both scientific and budgetary concerns.  Under his leadership the center saw a major expansion in space and instrumentation.