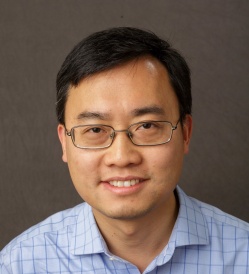 Yufeng Shen is an associate professor in the Columbia University Department of Systems Biology and Department of Biomedical Informatics. After completing his PhD in computational biology in 2007 at the Human Genome Sequencing Center at Baylor College of Medicine, he led the analysis of the first personal genome produced by next-generation sequencing (that of Dr. James D. Watson). In 2008 he joined Columbia University as a postdoctoral fellow, working in computational genomics and genetics of drug adverse reactions, and then joined the faculty in July 2011. Dr. Shen is interested in developing and applying computational methods to study human genetics and diseases. The research in his group is at the interface of biology, statistics, and computer science. Specifically, his group is working in four areas, including genome sequencing and assembly, mapping of disease genes, the role of the major histocompatibility complex (MHC) in autoimmunity, and pharmacogenomics.