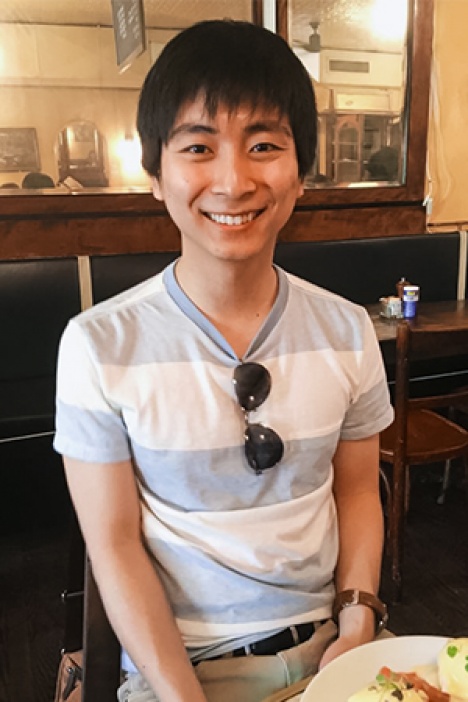 Jimin Park is a PhD student in the laboratory of Harris Wang, where he is interested in using high-throughput methods to investigate the complex nature of gene regulation of microbes and how such complex regulatory systems evolve. More specifically, he uses Multiplex Automated Genome Engineering (MAGE) to sample the protein sequence landscape of sigma factors, a major constituent of the bacterial RNA polymerase. Also, he is developing high-throughput methods to characterize the regulatory sequence landscape of various Biosynthetic Gene Clusters (BGCs), which facilitate the synthesis of complex secondary metabolites.

Jimin earned his undergraduate degree at the University of California, Berkeley, where he studied molecular and cellular biology with an emphasis in biochemistry. He worked as an undergraduate researcher in the laboratory of Britt Glaunsinger studying transcription regulation of lytic phase of Kaposi’s Sarcoma Herpesvirus (KSHV).