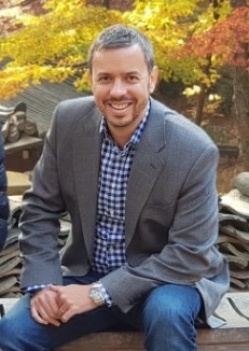 Raul Rabadan is the Gerald and Janet Carrus Professor in the Departments of Systems Biology, Biomedical Informatics and Surgery at Columbia University. He is the director of the Program for Mathematical Genomics (PMG) and the Center for Topology of Cancer Evolution and Heterogeneity. He established PMG in the fall of 2017 with the goal of bringing together scientists, mathematicians and researchers from multiple disciplines to work toward a quantitative understanding of complex biological systems. From 2001 to 2003, Dr. Rabadan was a fellow at the Theoretical Physics Division at CERN, the European Organization for Nuclear Research, in Geneva, Switzerland. In 2003 he joined the Physics Group of the School of Natural Sciences at the Institute for Advanced Study. Previously, Dr. Rabadan was the Martin A. and Helen Chooljian Member at The Simons Center for Systems Biology at the Institute for Advanced Study in Princeton, New Jersey. He has been named one of Popular Science's Brilliant 10 (2010), a Stewart Trust Fellow (2013), and he received the Harold and Golden Lamport Award at Columbia University (2014). Dr. Rabadan’s current interest focuses on uncovering patterns of evolution in biological systems—in particular, RNA viruses and cancer.