This project will focus on the role of pharmacological, environmental, and genetic perturbations in inducing tumor state transitions associated with tumor progression and drug resistance. It will also investigate how such perturbations affect tumor homeostatic control. Specifically, we will investigate how tumor heterogeneity modulates selection and reprograming of specific tumor niches under the effect of selective pressures, such as those resulting from environmental stresses, targeted therapy, and subclonal competition for nutrients.

Intratumoral heterogeneity, whether pre-existing or de novo, is a key mechanism that enables cancer cells to evade the effects of therapy. However, traditional genomic approaches — which are based on whole-tissue molecular profiling and thus calculate averages over multiple cellular populations — almost universally fail to identify the underlying genetic and epigenetic diversity.

Using ultra-deep sequencing, we have shown that the presence of specific alterations at a frequency of just 3 out of 1,000 cells is a strong predictor of poor survival and refractory disease in chronic lymphocytic leukemia (CLL). This has direct implications for disease management, yet the specific role of such events in modulating drug sensitivity is poorly understood and the knowledge is mostly of an associative nature. Similarly, single-cell gene expression profiling shows that isogenic tumor cells may implement highly diverse genetic programs. 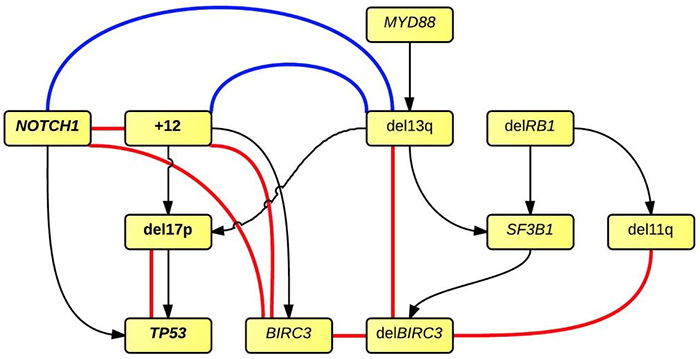 These results provide proof-of-principle that the existence of minor subclones and epigenetically distinct cell subpopulations at diagnosis can be important determinants of disease progression. Moreover, multiple tumor phenotypes, presenting distinct genetic programs and dependencies, can coexist isogenically, leading to relapse or progression. Finally, tumor state plasticity provides an efficient mechanism to escape negative selective pressures, such as those associated with chemotoxic or targeted agents, by implementing transient or stable transitions to drug resistant states.

Whole-tissue based transcriptional profiling and genome-sequencing analyses generally fail to capture the fine-grain structure of tumors because they miss two important dimensions of tumor heterogeneity: First, they cannot effectively assess which subclonal alterations co-exist within each tumor cell. Second, they fail to capture key phenotypes associated with subclonal or epigenetically distinct niches that are reflected in the transcriptome of individual cells and may lead to relapse and poor prognosis.

In this project, we will use single-cell molecular profiling and analysis to identify pharmacologically actionable driver alterations and functional dependencies associated with tumor relapse or progression. In cases where cell-state transitions are associated with the emergence of a novel homeostatic state — for example, those implemented during stable reprogramming of prostate adenocarcinoma to a neuroendocrine tumor, or transient reprograming of lung cancer cell lines to a TRAIL resistant state — we will generate and use time series profiles to study the precise sequence of events that lead to reprogramming of the cell’s homeostatic machinery.

To address these challenges, we will build on technologies developed in the Molecular Profiling Core (MPC) to design novel tools for the large-scale capture and profiling of single cells, including the generation of matched gene expression and mutational profiles. This will require collaboration among investigators working at the interface of single-cell biology, cancer genomics, and computational systems biology.

In addition, we are designing novel methods for identifying tumor checkpoints and master regulator proteins from single-cell profiles. During their development, the tools will use cell line data as a source of molecular profiles. The resulting tools will then be used on cell populations generated from in vivo models and patient-derived tissue. For instance, we intend to study the emergence of drug resistance by combining data from patient-derived xenograft (PDX) mouse models, primary tumors, and transgenic mouse models following treatment with targeted therapy, leveraging patient samples collected in the context of cancer trials at the Columbia University Medical Center.