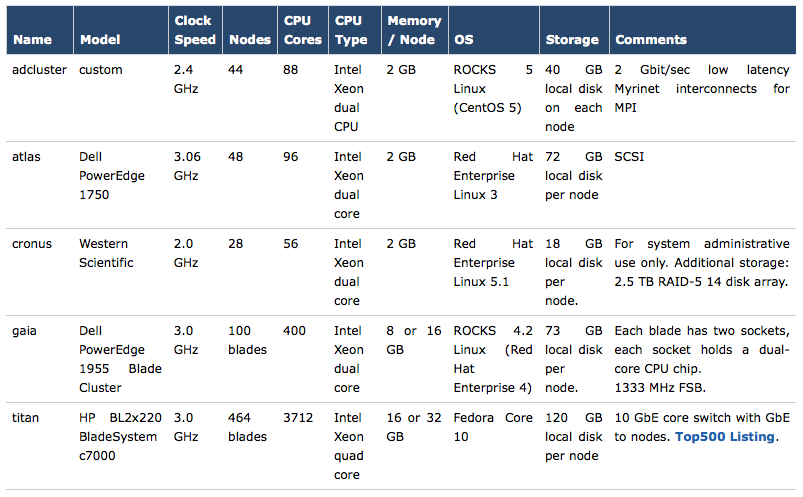 In this architecture, all memory is shared between the individual processors. With 8 CPUs and 32 GB of shared memory, the SunFire V880 machine "adsolaris" is our largest and most flexible general purpose computer. It is especially suitable for jobs requiring large amounts of memory in a single process, or jobs optimized to run in a multi-CPU, shared memory environment. It also hosts two legacy applications: the Paracel GenomeAssembler and the Paracel TranscriptAssembler packages. The machine "adsoltest" is intended for development and testing.

The facility has several file servers. The BlueArc is an Enterprise class server providing very high speed access. Through the use of storage pool technology, additional hard drives can be transparently added and allocated to existing or new filesystems as needed.

adgate  (login gateway servers) - Two servers in a fail-over configuration provide a single login point for access to all other machines. 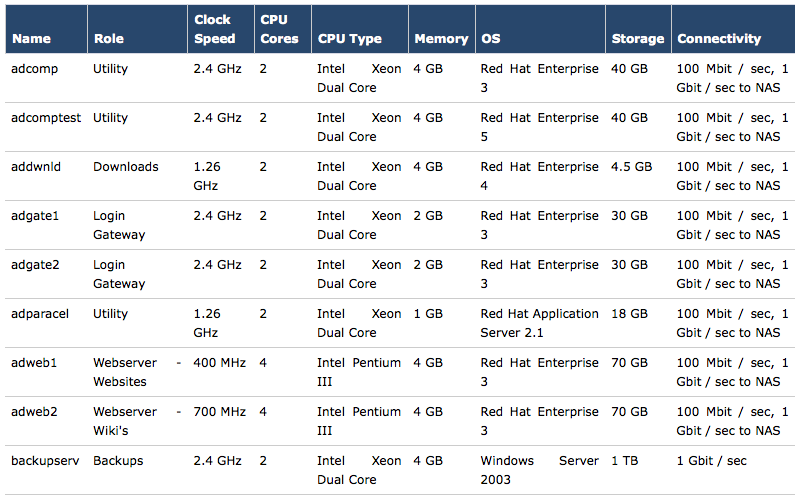