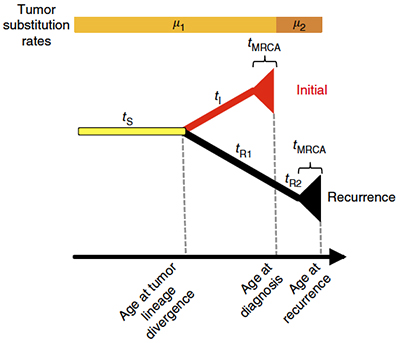 The researchers' model of tumor evolution indicates that different clonal lineages branch from a common ancestral cell and then diversify, independently causing aggressive tumor behavior at different stages of disease.

Glioblastoma multiforme (GBM) is the most common and most aggressive type of primary brain tumor in adults. Existing treatments against the disease are very limited in their effectiveness, meaning that in most patients tumors recur within a year. Once GBM returns, no beneficial therapeutics currently exist and prognosis is generally very poor.

To better understand how GBM evades treatment, an international team led by Antonio Iavarone and Raul Rabadan at the Columbia University Center for Topology of Cancer Evolution and Heterogeneity has been studying how the cellular composition of GBM tumors changes over the course of therapy. In a paper just published online by Nature Genetics, they provide the first sketch of the main routes of GBM tumor evolution during treatment, showing that different cellular clones within a tumor become dominant within specific tumor states. The study uncovers important general principles of tumor evolution, novel genetic markers of disease progression, and new potential therapeutic targets.

How Genomic Data Are Changing Population Genetics: An Interview with Molly Przeworski 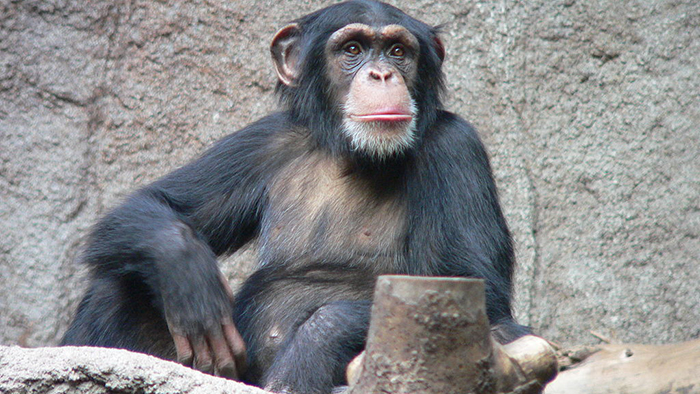 By using statistical methods to compare genomic data across species, such as chimpanzees and humans, the Przeworski Lab is gaining insights into the origins of genetic variation and adaptation. (Photo: Common chimpanzee at the Leipzig Zoo. Thomas Lersch, Wikimedia Commons.)

Launched approximately 100 years ago, population genetics is a subfield within evolutionary biology that seeks to explain how processes such as mutation, natural selection, and random genetic drift lead to genetic variation within and between species. Population genetics was originally born from the convergence of Mendelian genetics and biostatistics, but with the recent availability of genome sequencing data and high-performance computing technologies, it has bloomed into a mature computational science that is providing increasingly high-resolution models of the processes that drive evolution.

Molly Przeworski, a professor in the Columbia University Departments of Biological Sciences and Systems Biology, majored in mathematics at Princeton before beginning her PhD in evolutionary biology at the University of Chicago in the mid-1990s. While there, she realized that the availability of increasingly large data sets was changing population genetics, and has since been interested in using statistical approaches to investigate questions such as how genetic variation drives adaptation and why mutation rate and recombination rate differ among species. In the following interview, she describes how population genetics is itself evolving, as well as some of her laboratory’s contributions to the field. 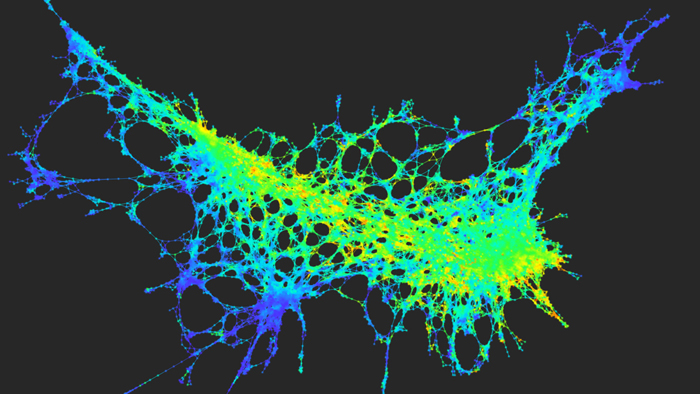 The National Cancer Institute’s Physical Sciences in Oncology program has announced the creation of a new center for research and education based at Columbia University. The Center for Topology of Cancer Evolution and Heterogeneity will develop and utilize innovative mathematical and experimental techniques to explore how genetic diversity emerges in the cells that make up solid tumors. In this way it will address a key challenge facing cancer research in the age of precision medicine — how to identify the clonal variants within a tumor that are responsible for its growth, spread, and resistance to therapy. Ultimately, the strategies the Center develops could be used to identify more effective biomarkers of disease and new therapeutic strategies. 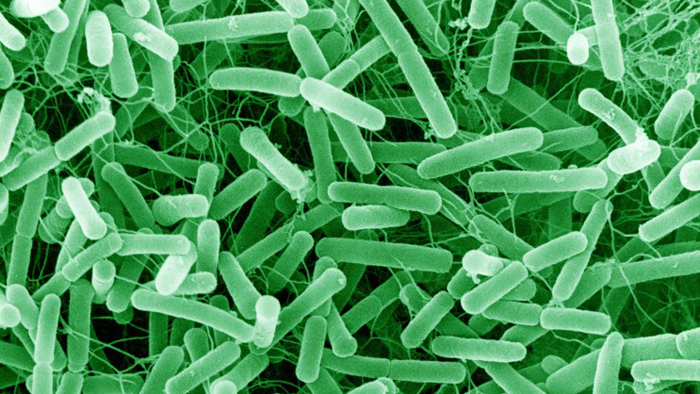 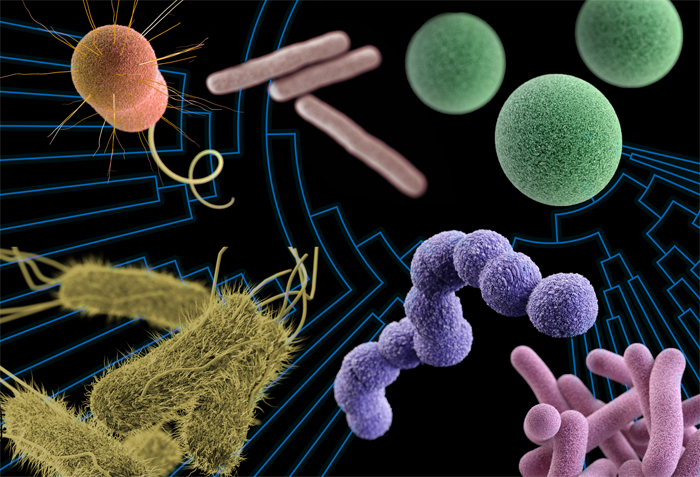 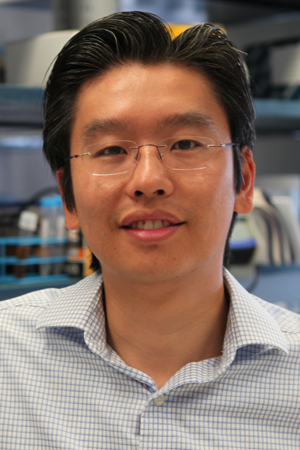 Harris Wang, an assistant professor in the Columbia University Department of Systems Biology and Department of Pathology and Cell Biology, has been selected to receive a 2015 Alfred P. Sloan Foundation Research Fellowship in computational and evolutionary molecular biology. This two-year, $50,000 grant will support work that combines methods from synthetic biology and computational biology to study how horizontal gene transfer contributes to microbial evolution.

Since 1955, the Sloan Research Fellowship program has supported outstanding early-career scientists in recognition of their achievements and their potential to make important contribution to their fields. This year’s fellows included 126 investigators, with 12 awardees in the field of computational and evolutionary molecular biology. Other disciplines represented in the awards include chemistry, computer science, economics, mathematics, neuroscience, ocean sciences, and physics. 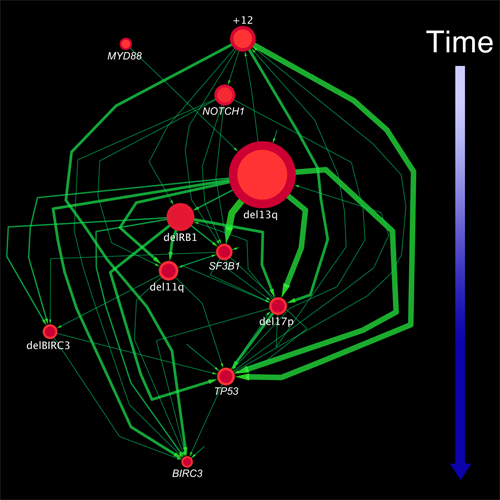 A graph representing the sequence of genomic alterations in chronic lymphocytic leukemia (CLL). Each node represents a mutation, with arrows indicating temporal relationships between them. The size of the nodes indicates the number of patients in the study who exhibited the alteration, while the thickness of the lines shows how often the temporal relationships between nodes were seen. The method the researchers use enabled them to identify multiple, distinct evolutionary patterns in CLL.

As biologists have gained a better understanding of cancer, it has become clear that tumors are often driven not by a single mutation, but by a series of genetic changes that correspond to particular stages of cancer progression. In this sense, a tumor is constantly evolving, with different groups of cells that harbor distinctive mutations multiplying at different rates, depending on their fitness for particular disease states. As the search for more effective cancer diagnostics and therapies continues, one key question is how to disentangle the order in which mutations occur in order to understand how tumors change over time. Being able to predict how a tumor will behave based on signs seen early in the course of disease could enable the development of new diagnostics that could better inform treatment planning.

In a paper just published in the journal eLife, a team of investigators led by Department of Systems Biology Associate Professor Raul Rabadan reports on a new computational strategy for addressing this challenge. Their framework, called tumor evolutionary directed graphs (TEDG), considers next-generation sequencing data from tumor samples from a large number of patients. Using TEDG to analyze cancer cells in patients with chronic lymphocytic leukemia (CLL), they were able to develop a model of how the disease’s mutational landscape changes from its initial onset to its late stages. Their findings suggest that CLL may not be just the result of a single evolutionary path, but can evolve in alternative ways. 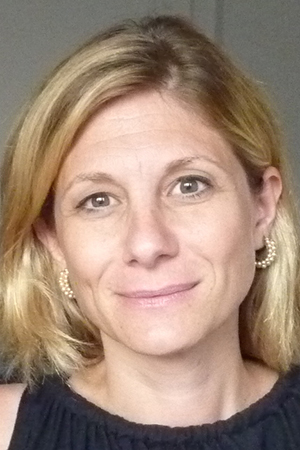 Molly Przeworski has joined Columbia University as Professor in the Department of Systems Biology and Department of Biological Sciences. The Przeworski lab investigates how natural selection, genetic drift, mutation, and recombination shape the heritable differences seen among individuals and species. To this end, they develop models of the evolutionary process, create statistical tools, and analyze large-scale variation data sets. Among the goals of their research are to understand how natural selection has shaped patterns of genetic variation, and to identify the causes and consequences of variation in recombination and mutation rates, in humans and other organisms.

A Topological Approach to Modeling Evolution 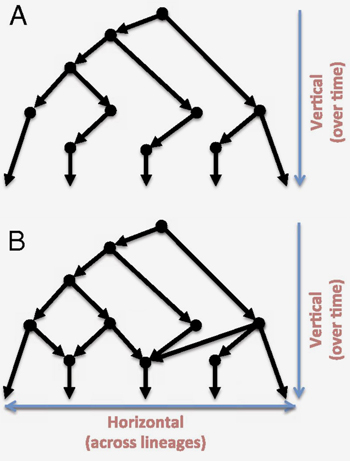 In Charles Darwin's seminal treatise On the Origin of Species there is only one image, which visualizes evolution as following a branching pattern in which species diverge into lineages over time like the limbs on a tree. With the increasing availability of genomic data, scientists have attempted to understand evolution at the molecular level by using a similar phylogenetic paradigm, but as Department of Systems Biology Assistant Professor Raul Rabadan , MD/PhD student Joseph Chan, and Stanford University mathematician Gunnar Carlsson point out in a new paper published in the Proceedings of the National Academy of Sciences , it has a number of shortcomings when applied in this way. By developing a new mathematical approach based on a method called persistent homology, the researchers produced several insights into viral evolution that could not be found using other means.