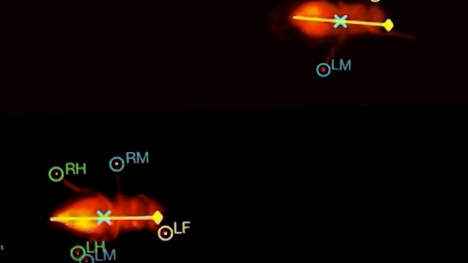 Research News
Why Do We Freeze When Startled? New Study in Flies Points to Serotonin
A study in fruit flies, led by Richard Mann, PhD, has identified serotonin as a chemical that triggers the body’s startle response, the automatic deer-in-the-headlights reflex that freezes the body momentarily in response to a potential threat. The new study reveals that when a fly experiences an unexpected change to its surroundings, such as a sudden vibration, release of serotonin helps to literally stop the fly in its tracks momentarily. These findings offer broad insight into the biology of the startle response, a ubiquitous, yet mysterious, phenomenon that has been observed in virtually every animal studied to date. 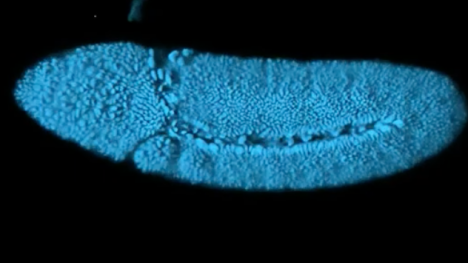 Research News
Biological ‘Rosetta Stone’ Brings Scientists Closer to Deciphering How the Body is Built
An international research team co-led by Richard Mann, PhD, from the Department of Systems Biology, have discovered a method that can systematically identify the role each Hox gene plays in a developing fruit fly. Their results, reported recently in Nature Communications, offer a new path forward for researchers hoping to make sense of a process that is equal parts chaotic and precise, and that is critical to understanding not only growth and development but also aging and disease. 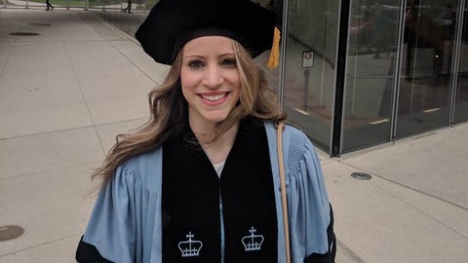 Grad Spotlight: Judith Kribelbauer, PhD
Graduating PhD student Judith Kribelbauer aims to understand at a mechanistic level how transcription factors recognize and bind the DNA of a target gene and by doing so, regulate that particular gene’s transcription. The chance to work with researchers spanning areas from biology to chemistry and physics to computer science is what first drew her to Columbia and ultimately to pursuing systems biology. 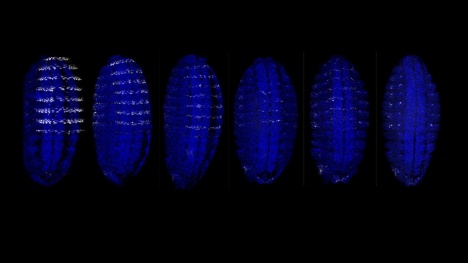 Building a Better Way to Decode the Genome
Columbia University researchers have developed a computational tool that shines a light on the genome’s most hard-to-translate segments. With this tool in hand, scientists can get closer to understanding how DNA guides everything from growth and development to aging and disease. 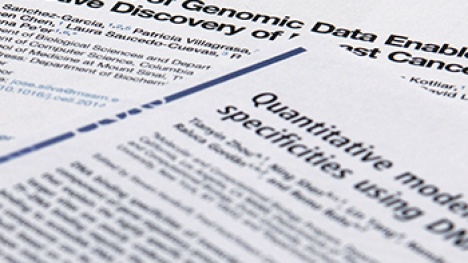 Awards and Grants
Four Columbia Systems Biology Papers Named among Top Publications
The ISCB/RECOMB Conference on Regulatory and Systems Genomics has announced its top 10 papers of 2014-2015. Four of them involve investigators from the Columbia University Department of Systems Biology.