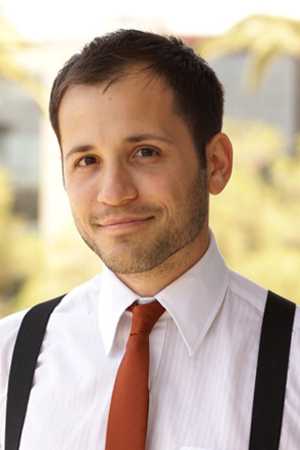 A team of Columbia University Medical Center (CUMC) scientists led by Nicholas Tatonetti has identified several drug combinations that may lead to a potentially fatal type of heart arrhythmia known as torsades de pointes (TdP). The key to the discovery was a new bioinformatics pipeline called DIPULSE (Drug Interaction Prediction Using Latent Signals and EHRs), which builds on previous methods Tatonetti developed for identifying drug-drug interactions (DDIs) in observational data sets. The results are reported in a new paper in the journal Drug Safety and are covered in a detailed multimedia feature published by the Chicago Tribune.

The algorithm mined data contained in the US FDA Adverse Event Reporting System (FAERS) to identify latent signals of DDIs that cause QT interval prolongation, a disturbance in the electrical cycle that coordinates the heartbeat. It then validated these predictions by looking for their signatures in electrocardiogram results contained in a large collection of electronic health records at Columbia. Interestingly, the drugs the investigators identified do not cause the condition on their own, but only when taken in specific combinations.

Previously, no reliable methods existed for identifying these kinds of combinations. Although the findings are preliminary, the retrospective confirmation of many of DIPULSE’s predictions in actual patient data suggests its effectiveness, and the investigators plan to test them experimentally in the near future.

For decades, scientists have wrestled with the problem that trusted prescription medications can combine in dangerous ways, often placing Americans at risk when they take more than one drug. Sometimes the dangers are well-documented. In other cases, they remain hidden from everyone: doctors, pharmacists, drugmakers and patients.

But in recent years a new era of data analysis has dawned. Across fields as varied as medicine and finance, researchers are developing powerful new mathematical formulas to reveal patterns within patterns and clues within clues.

The Chicago Tribune, in a unique collaboration with data scientists, pharmacologists and cellular researchers at Columbia University Medical Center, set out to see if these same novel techniques could be used in the hunt for risky drug pairs.

Two years later, the results are in: The team has identified four drug combinations associated with a heart condition that can lead to a potentially fatal arrhythmia. The drugs include several widely prescribed medications, none of them linked to the cardiac condition on its own.

To find the potentially risky combinations, the Tribune enlisted the help of scientists at Columbia, who used sophisticated algorithms to analyze a massive government database of drug complaints for signs of the heart condition. The team then used 380,000 electronic hospital patient files to confirm which drug pairs were indeed associated with an increased risk.

The team next turned to Columbia cellular researchers, who tested one of the drug combinations on individual cells.

The tests found that the combination — ceftriaxone, a popular antibiotic, and lansoprazole, a former blockbuster heartburn medication best known by the brand name Prevacid — blocked an electrical channel crucial to the heart, providing a biological explanation for why these drugs might be interacting.

The investigation is believed to be the first time anyone has discovered a potential drug interaction by searching for signals in the Food and Drug Administration's complaint archive, then confirming the findings through patient records and cellular testing.

Read the full story and see an interview with Nicholas Tatonetti at the Chicago Tribune.