In recognition of Dr. Andrea Califano's recent Ruth Leff Siegel Award , an annual prize that honors and supports an investigator who has made outstanding contributions to our understanding of pancreatic cancer, Let's Win! Pancreatic Cancer has published the following feature article spotlighting his innovative approach to cancer research. 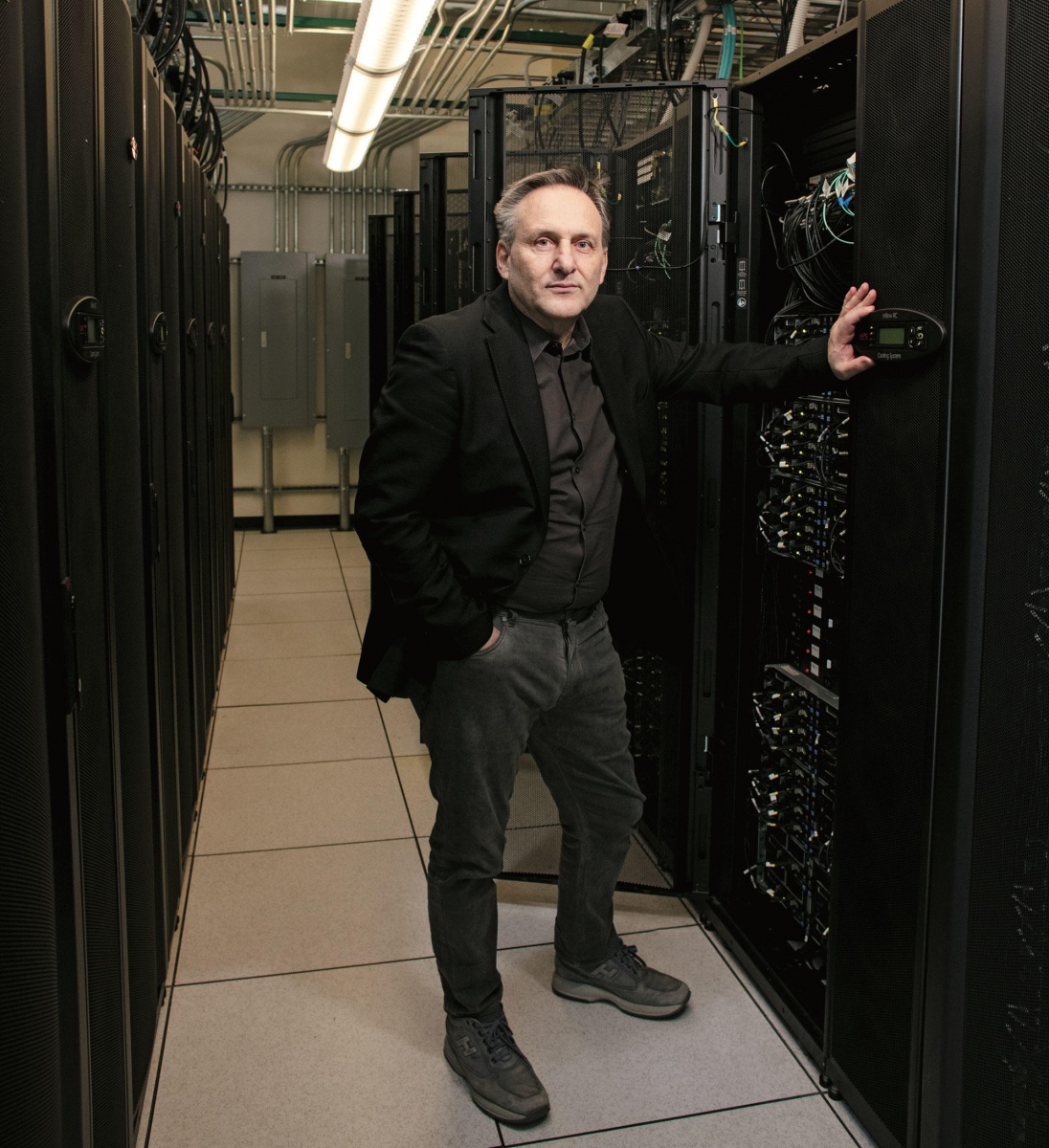 If you look at our basic biology, humans are big, cumbersome living organisms with a lot of moving parts.

For most of our lives, the cellular machinery that keeps us functioning goes off without a hitch. Starting at conception, cells have been growing and dividing, structuring themselves in a highly organized fashion. Liver cells know their job. And brain and spinal cord cells know their jobs, too.

Cancer is also a living organism. After all, it grows and evolves just like healthy cells. But cancer cells are cheats, ignoring the rules that other healthy cells play by. They mutate and divide uncontrollably, finding ways to evade our immune systems, which try to keep these invaders in check. To complicate matters, cancer cells are what scientists call heterogeneous. That means that even in the same malignant tumor there can be a variety of mutations, which is one reason why cancer treatment often fails. Drugs simply can’t target all of those mutations.

A branch of science called systems biology may help researchers home in on a better approach to cancer treatment by precisely targeting proteins called master regulators, instead of mutations. Among those leading the way in systems biology is Dr. Andrea Califano, the Clyde and Helen Wu Professor of Chemical and Systems Biology at Columbia University Irving Medical Center ; he also serves as chair of the Department of Systems Biology , program co-leader at the Herbert Irving Comprehensive Cancer Center , and director of the JP Sulzberger Columbia Genome Center .

Califano remembers when he first suggested that hypothesis. “Everybody talks about targeting genes that are mutated, especially in traditional biology and in precision medicine, but the master regulator proteins that we proposed as the true drivers of cancer cell state aren’t usually mutated in patients with cancer,” he says.

“I think it’s fair to say that some people were very doubtful, very skeptical, and I’m sure some still are. That is the nature of science. I’m a systems biologist and we look at things differently than traditional biologists. With systems biology we want to take cancer apart and see how it works, and the only way we can do that is by developing accurate computational models of how the cancer cell works. We call it model-based biology.”

It’s all very heady stuff and this unique approach is not surprising given Califano’s robust and varied scientific career. He began his career in Florence, Italy, where he worked as a theoretical physicist. He went on to the Massachusetts Institute of Technology (Cambridge) for post-doctoral study in computational physics and then joined IBM. There, he researched artificial intelligence and started the IBM Computational Biology Center. After leaving IBM he went on to develop his own experimental lab and company.

At Columbia, Califano and his diverse team of computational and experimental biologists use systems biology approaches to study cell regulatory networks. The hope is that dissecting and analyzing the complex regulatory networks that control human cell behavior will provide answers on how best to overcome the production and formation of tumors, drug resistance, and cellular heterogeneity.

“Cells can do all kinds of amazing things, and we now know that cancer is an extremely complex living organism,” he explains. “If you want to build an inventory of all the combinations of parts that may be broken in cancer—i.e., different patterns of mutated genes in different cancer cells—you’ll find that their number is larger than the number of atoms in the universe.”

He continues, “In systems biology, we want to take it (cancer) apart like a machine and look at how all the pulleys and gears work together. But we don’t look at one of them at a time or use brute force to look at every single gene or protein in isolation at a time like you would in traditional cancer genetics. We build models on how things work.

“We can then ask very complicated questions in a very simple manner. Biology has been largely an empirical science. In systems biology, we want to turn it into a quantitative, analytic science.”