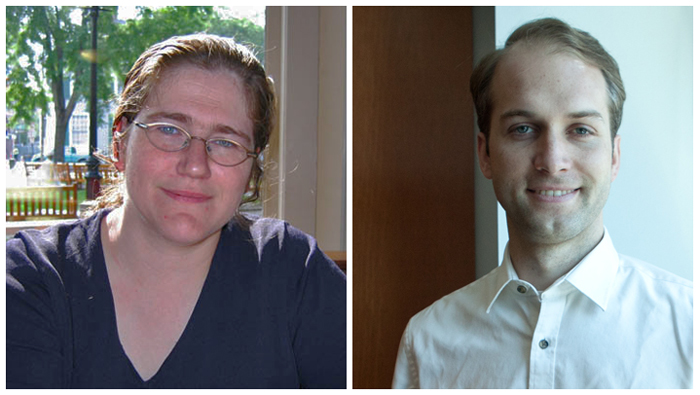 According to the award announcement from the NIH, "Awardees from previous years have made scientific leaps, established new scientific paradigms, and, in some cases, revolutionized entire fields." NIH has posted complete lists of the recipients of the Pioneer Awards and Early Independence Awards.

Both Dr. Pe’er and Dr. Allison will use the support to conduct research looking at different aspects of cellular heterogeneity.

Toward a comprehensive atlas of human development

"Just as the human genome project became a basis for studying genetic variation, the next grand challenge is to catalog all cell types in our body."

The Pioneer Award, which is perhaps the most highly respected award for individual investigators offered by the NIH, is designed to enable particularly creative scientists to pursue new, previously unexplored ideas. It will enable Dr. Pe'er to begin a new, dramatically more extensive project focused on laying the foundations for the construction of a complete, cell-type by cell-type atlas of how all cells in the human body develop from a single embryonic cell. Achieving this goal will require the development of new single-cell technologies and computational tools for analyzing large, complex data sets. The resulting atlas will provide both a comprehensive catalog of all cell types and the developmental relationships among them.

“The detailed resolution of the resulting map will be transformative,” Dr. Pe’er anticipates. “There are so many diseases that result from malfunctions in the molecular programs that control the development of our cell repertoire. We can only truly understand what goes wrong in diseases such as cancer, autoimmune diseases, and neural developmental disorders if we have a complete map of how cells progress during normal development. Single-cell approaches offer a unique opportunity to create such a map.” Pe’er’s research should also help to foster the next generation of regenerative medicine, providing basic information about how cells develop in nature that can be used to guide efforts to grow them.

Tracking development at such high resolution is also important from the perspective of basic science because scientists have not yet characterized the majority of cell types found in the body. Moreover, there is great reason to suspect that the keys to understanding disease may lie in many yet-to-be-discovered cell types, which Dr. Pe’er’s research holds the potential to discover.

For this reason, she believes that single-cell profiling will enable researchers to take an important step toward personalized medicine that goes beyond what genomics can offer. “DNA sequencing can identify genes and mutations, but can not describe them within their cellular context,” she explains. “Just as the human genome project mapped all the genes in our body and became a basis for studying genetic variation, the next grand challenge is to catalog all cell types in our body and organize them based on their lineages. Having this reference would provide an essential foundation for many areas of research. The Pioneer Award will provide vital funding that will help us to achieve this goal.”

Untangling the causes of bacterial persistence

Kyle Allison’s research is focused on the problem of bacterial persistence, which occurs when individual bacterial cells survive treatment with antibiotics that kill other cells that appear to be just like them (i.e., they are genetically identical, and do not have a mutation). This phenomenon is a particular problem in human health, as chronic, drug-resistant bacterial infections affect thousands of Americans and cost millions of dollars to treat annually. Scientists do not fully understand the causes of bacterial persistence, though its occurrence suggests that bacterial populations are not homogeneous but contain subpopulations of cells that are physiologically distinct.

Systems biology methods should provide deep insight into what distinguishes persistent cells from close relatives that are sensitive to antibiotics.

With the support of his Early Independence Award, Dr. Allison’s goal is to develop methods that would make it possible  for the first time to study such bacterial heterogeneity at the level of single cells. Using a combination of experimental and computational approaches based in systems biology, he will develop new methods for isolating persistent cells and characterizing them at the molecular level. These techniques should provide deep insight into what distinguishes persistent cells from close relatives that are sensitive to antibiotics, and the findings could accelerate development of new antibiotic treatments.

“My hope is that this effort will address some fundamental questions in the field,” Dr. Allison explains. “Is persistence a system-wide phenomenon or is there a subset of genes that control persistence? What are the processes that persisters tune, down-regulate, or up-regulate in order to avoid the consequences of antibiotic treatment? Answering questions such as these will allow us to develop effective strategies for eradicating persistent bacteria and improving chronic infections.”

The Early Independence Award will also enable Dr. Allison to start his own laboratory at Columbia University. “Running a lab is new for me, so I will be very busy in the coming months,” he says, “but I feel energized by the opportunity to build a small team of talented young scientists and get started.”