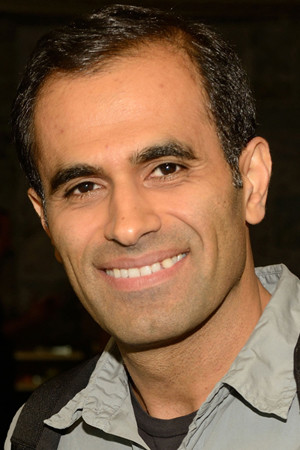 Saeed Tavazoie, a professor in the Columbia University Department of Systems Biology, has been named a recipient of a 2015 National Institutes of Health Transformative Research Award. The grant will support research to develop state-of-the-art experimental and computational methods for comprehensively mapping and modeling all pairwise molecular interactions inside cells.

The Transformative Research Award is a part of the NIH Common Fund’s High-Risk, High-Reward Research program, which provides critical funding to scientists it recognizes as being exceptionally creative and who propose particularly innovative approaches to solving key problems in biomedical research. The Transformative Research Award is designed to support projects that use methods and perspectives that are unconventional and untested, but show great potential to create or overturn fundamental paradigms.

Dr. Tavazoie’s research is focused on the problem of understanding and predicting how cells adapt and evolve at the molecular level in response to changes in their external environment. Networks of molecular interactions involving DNA, RNA, and protein sequences are often context-specific, and Tavazoie’s work has provided basic insights into how they become “rewired” in response to stimuli. In practical terms this work has, for example, led to the discovery of mechanisms through which bacteria avoid or become resistant to the effects of antibiotics.

Characterizing such dynamic activity within molecular networks requires the ability to observe millions of components simultaneously, over multiple time points, on a systems-wide scale. Because conventional technologies do not provide the tools to do so, one of Tavazoie’s key activities is to develop new experimental methods for taking these kinds of measurements. At the same time, his lab also designs computational approaches for analyzing the massive datasets that these technologies generate. Combining disciplines in this way, the Tavazoie Lab has identified a variety of general principles that define regulatory networks and has contributed important tools for studying biology at the systems level.

With the support of the Transformative Research Award, Tavazoie plans to develop a new, massively parallel, ultra-high-throughput method capable of comprehensively mapping protein–protein, protein–DNA, and protein-RNA interactions in any organism. The method should also be able to determine the strengths of the interactions, monitor changes in the interactions following alterations in cellular state or external perturbations, and capture the natural state of the proteins as they function in living organisms. In addition, the planned technology promises to be low-cost, require no specialized robotics, and be capable of producing comprehensive interaction maps on a much faster timescale than is currently possible.

This is not Dr. Tavazoie's first award under the High-Risk, High-Reward Research Program, as he was also a 2008 winner of the NIH Director's Pioneer Award. For more information about his research, see Systems Biology Throws You Out of the Box: An Interview with Saeed Tavazoie.