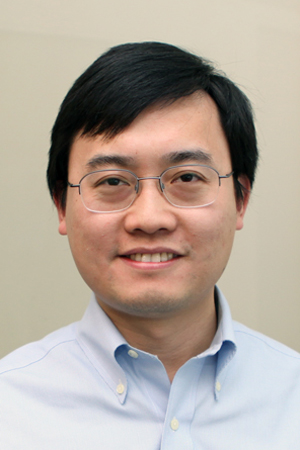 On the surface, birth defects and cancer might not seem to have much in common. For some time, however, scientists have observed increased cancer risk among patients with certain developmental syndromes. One well-known example is seen in children with Noonan syndrome, who have an eightfold increased risk of developing leukemia. Recently, researchers studying the genetics of autism also observed mutations in PTEN, an important tumor suppressor gene. Although such findings have been largely isolated and anecdotal, they raise the tantalizing question of whether cancer and developmental disorders might be fundamentally linked.

According to a paper recently published in the journal Human Mutation, many of these similarities might not be just coincidental, but the result of shared genetic mutations. The study, led by Yufeng Shen, an Assistant Professor in the Columbia University Departments of Systems Biology and Biomedical Informatics, together with Wendy Chung, Kennedy Family Associate Professor of Pediatrics at Columbia University Medical Center, found that cancer-driving genes also make up more than a third of the risk genes for developmental disorders. Moreover, many of these genes appear to function through similar modes of action. The scientists suggest that this could make tumors “natural laboratories” for pinpointing and predicting the damaging effects of rare genetic alterations that cause developmental disorders.

“In comparison with cancer, there are relatively few patients with developmental disorders,” Shen explains, “For geneticists, this makes it hard to identify the risk genes solely based on statistical evidence of mutations from these patients. This study indicates that we should be able to use what we learn from cancer genetics — where much more data are available — to help in the interpretation of genetic data in developmental disorders.”

"We should be able to use what we learn from cancer genetics to help in the interpretation of genetic data in developmental disorders.”

Using statistical approaches, the investigators compared a list of cancer-driving genes curated from three large cancer databases to a list of germline de novo variants (i.e., spontaneous mutations in the germ cells that parents pass to their offspring) from more than 5,000 recently documented cases of developmental disorders. They also developed an algorithm for identifying cancer missense mutation hotspots (highly recurrent mutation sites in cancer that cause an abnormal amino acid to be produced at a specific site). Alterations in these hotspots proved to be particularly predictive of genes with roles in causing developmental disorders.

“On average, each person has one de novo mutation in a protein coding region, but most don’t do anything,” Shen says. “The challenge is to separate the ones that are truly important in causing disease from those that are just noise. Only 15% of missense mutations are implicated in autism, for example, with the vast majority being neutral. In this study we found that if a de novo missense mutation is located in a known cancer mutation hotspot, the chance of it being involved in autism or other developmental disorders becomes 60-90%.”

Using cancer as a lens for interpreting data from developmental disorders could make it possible to find novel candidate risk genes even if only one or two mutations are present across large numbers of patients, a situation that can confound conventional statistical genetics. Ultimately, Shen’s hope is that as the approach matures it could eventually reveal new diagnostic targets for rare developmental disorders.

For example, the paper reports, a gene called CTNNB1, which generates a well-known protein called beta catenin, is critical in the development of many organs in humans. In cancer, the gene becomes mutated so that beta catenin becomes more stable, leading to an overabundance that drives aggressive cancer growth. In developmental disorders, however, mutations in CTNNB1 almost always lead to loss of function. Shen suggests that for such genes it will be more difficult to leverage cancer data to study developmental disorders. In follow-up studies the scientists are now classifying the mutations they identified according to whether they have the same or opposite modes of action in the different disease categories.

Meanwhile, Shen is looking forward to the increased capabilities that will come for his approach as precision cancer research — such as Columbia’s precision medicine initiative and the National Cancer Institute’s cancer moonshot initiative — continues to evolve. “I think it’s very reasonable to anticipate a 10-fold or even 100-fold increase in cancer genome data in the next several years,” he explains. “This will give us the statistical power to detect most cancer mutation hotspots, which will in turn help tremendously in studying developmental disorders.”

The study also raises a question of whether there is a general increase of cancer risk in patients with developmental disorders. Shen says that a systematic investigation of this topic is ongoing in his lab. “This question is interesting but complicated,” he points out, “because some shared genes have opposite mechanisms of action. Right now it seems that we will have to look individually, ideally using genetic data. It will be interesting to see what patterns might emerge in the future by mining large-scale patient data that include both genetic and detailed phenotypic information.”