Decoding and Targeting RNA with CRISPR

At first, Xuebing Wu , PhD, was on track to pursue a research career in computer engineering. After taking a course by Dr. Yanda Li, a pioneer of bioinformatics, Dr. Wu’s interest quickly shifted and he soon got hooked on genomics research and computational biology. 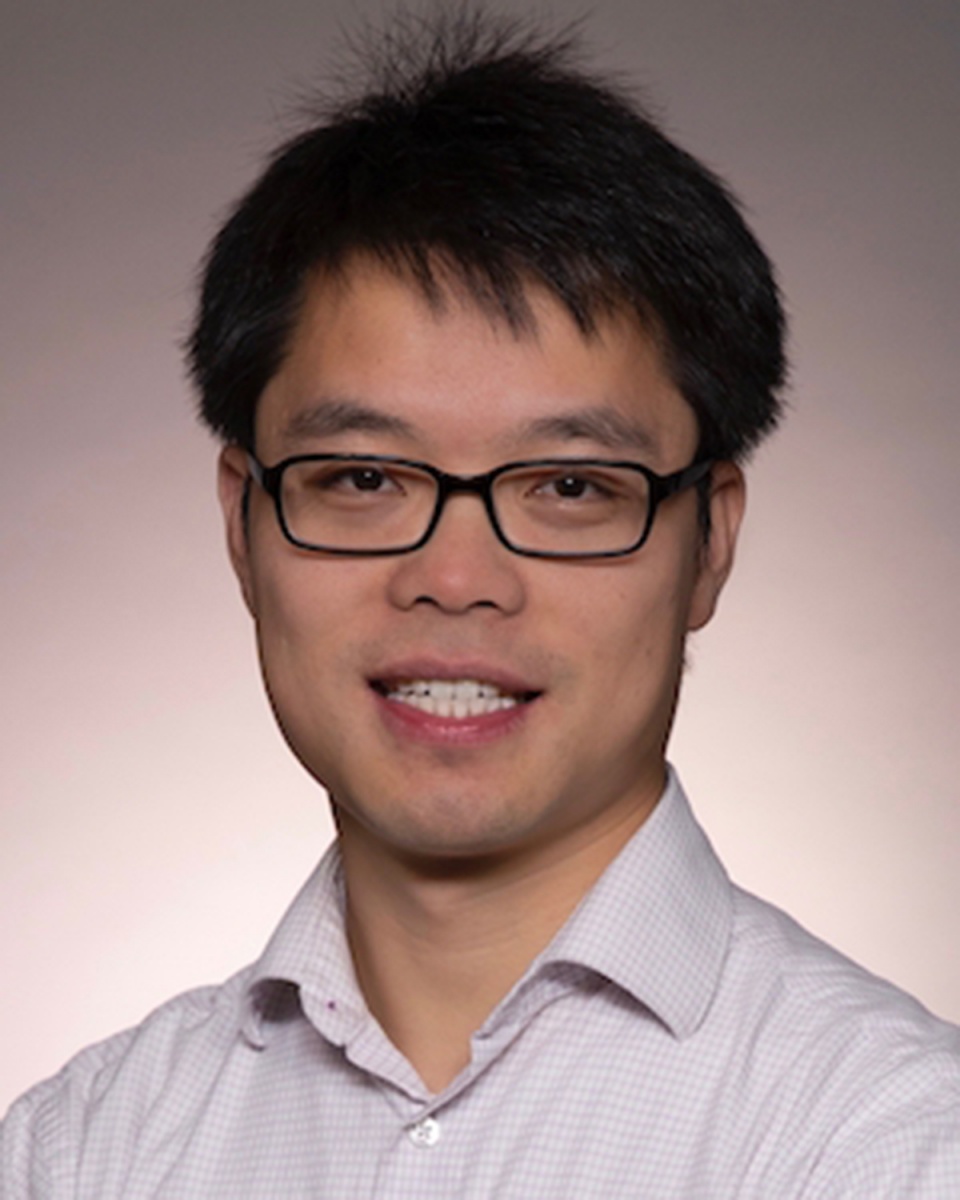 “Around that time—2003 to 2004—the human genome project had just been completed, and there had been lots of enthusiasm about using computational approaches to decipher the human genome,” he said. “I was excited to dive into this field that seemed wide open for research possibilities.”

Dr. Wu joined Columbia University’s Department of Systems Biology in the fall of 2018, with a joint appointment in the Department of Medicine’s Cardiology Division . He also is a member of the Herbert Irving Comprehensive Cancer Center at NewYork-Presbyterian/Columbia and the Columbia Data Science Institute , and his lab straddles basic science and computational biology. Dr. Wu and collaborators often consider how their work can make an impact in novel therapeutics.

At the center of his interests is understanding the fundamental principles of gene regulation in human cells through integrative genomics approaches. His previous work has uncovered important roles of RNA sequence and structure signals in controlling the expression and evolution of the mammalian genome. His lab currently studies RNA-centric gene regulation, focusing on mRNA structures and mRNA translation. Dr. Wu and his team are increasingly turning their attention to the development of genomic technologies such as the revolutionary CRISPR/Cas system and a high throughput analysis technology called massively parallel reporter assays (MPRA), as well as novel computational tools and deep learning models to study gene regulation at a global scale.

Dr. Wu came to Columbia Systems Biology after completing his postdoctoral training at the Whitehead Institute as a Helen Hay Whitney Fellow. He earned his BS and MS in control science and engineering from Tsinghua University, Beijing, and pursued his PhD in computational and systems biology at MIT as an HHMI International Student Research Fellow in the lab of Dr. Phillip Sharp, a Nobel laureate and pioneering molecular biologist and geneticist. Dr. Wu was recently named a Highly Cited Researcher , according to the 2019 list from the Web of Science Group. The Highly Cited Researchers list, which was released in November, identifies scientists and social scientists who have produced multiple papers ranking in the top 1% by citations for their field and year of publication, demonstrating significant research influence among their peers.

Q: Your lab is focusing on gene regulation at the RNA level. What interests you about this area of research?

A: DNA is the blueprint but RNA is what makes a cell alive. RNA not only carries genetic information, it also controls how genetic information is used to make proteins with very elegant mechanisms. And like DNA, RNA is digital, made of only four letters. There is a lot of gene regulation occurring at the RNA level. We are trying to understand how our human mRNA is regulated and whether we can use new technologies, like CRISPR, to target those mRNA regulations as a therapeutic approach.

Q: CRISPR-Cas9 has been used to edit living human cells, making permanent alterations to a person’s DNA. How are you using this technique in your work?

A: CRISPR is a revolutionary technology that allows researchers to fix mutations in the genome or manipulate gene expressions. It has become an important tool in basic research. In addition to the DNA-targeting Cas9, there is a new type of CRISPR that targets RNA, which is what we’re exploring with now. The advantage of using this RNA-targeting CRISPR is that it doesn’t make permanent changes to the genome. With DNA editing, the constant concern is whether you might introduce off-targets, damaging the genome. We think there’s an advantage to targeting RNA instead of DNA. We might have the ability to make transient changes to the RNA, and this could be a much safer technique than making permanent edits to the DNA.

Q: What other technologies are you turning to?

A: We also frequently use high-throughput assays, and are developing deep learning models for understanding gene regulation. The plethora of  data that we now have,  – the many different measurements from the genome -  requires a computational approach such as deep learning that can extract useful information,  including the underlying rules of how DNA encode function. Researchers have used deep learning architecture, or neural networks, to process the huge amounts of data from DNA sequencing to decipher the function of each nucleotide in DNA. Deep learning has been very successful in being able to scan a genome and predict whether mutations are harmful. One major limitation of most deep learning models is that it has so far revealed little about the underlying biology and mechanism. We’re exploring the design of an interpretable deep learning framework that will help us understand the mechanism of gene expression.

Q: What is your lab currently working on?

A: We have been working on designing a highly specific CRISPR-based system that can boost protein production from their mRNA. If successful, it can be used to treat hundreds of diseases caused by haploinsufficiency, meaning the disease is caused by the loss of one of the two copies of a gene. In seeking out a disease to test out this system, we began focusing on Marfan syndrome with collaborators from Columbia and Mount Sinai. Marfan syndrome is a genetic disorder that affects the body’s connective tissue, which in turn affect many parts of the body, including the heart and blood vessels, bones and joints, eyes, skin, and lungs. Patients with this syndrome tend to be thin and tall or have severely long, thin fingers. We picked this disease because the gene mutation was well known and well-studied but very hard to target with traditional gene therapy. In our collaboration, we are working on a proof-of-principle to test this CRISPR-based system in patient cells and animal models. The goal is  perhaps not to eliminate the genetic disorder altogether, but to reduce the severity of the symptoms. We are also working on developing a system where we can kill cells by targeting its RNA, with the most direct application in killing tumor cells by targeting its driver mutations.

Q: What are your thoughts on the future for CRISPR-based systems?

A: CRISPR-based systems will certainly become more powerful in both research and the clinic. The key challenge for their  success in the clinic is delivery. There will also be continued efforts to improve the efficiency of precise editing and reducing off-target effects. But to me, the most exciting thing will be the discovery of completely new CRISPR systems or new applications of existing systems, especially for RNA-targeting. For example, we are really excited by the potential of the RNA-guided cell killing we are currently working on. This would open the door for targeted cell killing as a therapeutic strategy for many diseases, including cancer, aging, obesity, and NASH (Non-Alcoholic SteatoHepatitis).

Q: How was your first year at Columbia?

A: Very exciting! My background is basic research and it is only after coming here to the medical center that I’ve realized that we might be able to translate directly from our gene regulation research to therapeutics. While we’re not there yet,  I can truly see the potential to take what we learn in the lab directly into the clinics and to our patients. We are still very much focused on working on the mechanism of gene regulation  and developing technology to regulate gene expression. As an application of that, we want to be able to treat human disease and develop new therapeutics. We are really starting to think about the disease relevance and how the work we’re doing in the lab can make a translational impact.

-Interview by Melanie A. Farmer