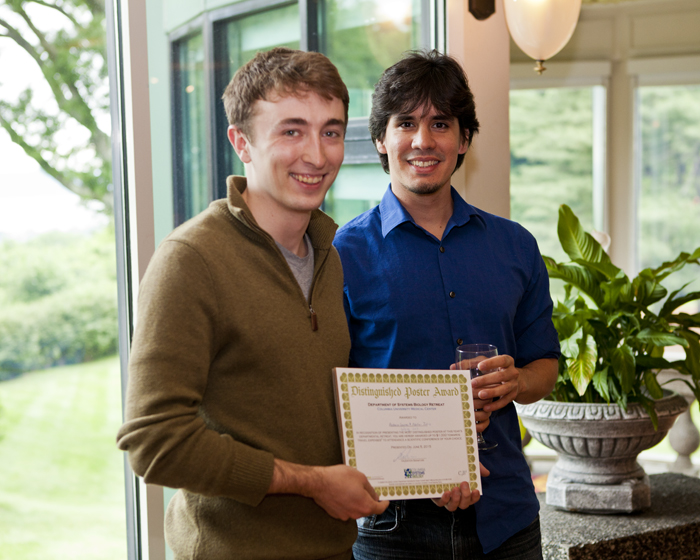 Advances in synthetic biology have already spurred innovation in the areas of drug development, chemical production and health diagnostics. To help push the field even further, and potentially at a more rapid pace, a new, comprehensive resource devised by Columbia University investigators will help synthetic biologists better engineer designs for complex biological systems.

A team of researchers, led by Harris Wang, PhD, assistant professor of systems biology and of pathology and cell biology, report the characterization and analysis of thousands of bacterial regulatory elements in different species of bacteria. The paper , published March 19, appears in Nature Methods .

Synthetic biology employs well-characterized genetic parts to assemble gene circuits with specific functions, such as producing chemicals or sensing the environment. The toolbox of genetic parts to make functioning genetic circuits, however, has been limiting. A key shortfall is the availability of precisely measured regulatory sequences-segments of DNA responsible for dialing up or dialing down the expression of proteins within an organism. For many commercially useful bacteria, tuning gene expression has been challenging because of a lack of reliable regulatory sequences.

"Synthetic biology is now at a precipice where we are not just demonstrating proof-of-concept in the laboratory but we're moving toward real-world applications," says Nathan Johns , lead coauthor of the paper, a member of the Wang Lab and a graduate student in the Department of Systems Biology at Columbia. "To facilitate this, having a wide array of useful genetic components and measurement techniques-in our case, regulatory sequences-are extremely helpful."

Applications in the field are far-reaching; for example, there is work being done to program bacteria to produce drugs, biofuels and other industrially useful chemicals. Recently, the Wang Lab engineered Escherichia coli to record environmental information over time, which could become useful for monitoring human health from inside the digestive tract.

"This resource is the largest and most wide-ranging of its kind, and will enable synthetic biologists to further expand on our work to design and build biological systems with ever-increasing complexity and sophistication."

Indeed, much of the research conducted, to date, in synthetic biology has been done with E. coli, a well-studied model organism. In this new work, Dr. Wang and collaborators, from MIT and UCLA, addressed the challenges tied to working with diverse bacteria, including many for which the gene regulatory machineries remain poorly characterized.

To systematically expand the regulatory parts toolbox across bacterial species, the researchers first computationally mined 184 microbial genomes for natural regulatory sequences and then chemically synthesized them to measure their activity. They introduced this library of sequences into different species of bacteria and the mRNA and protein levels were quantified by next-generation sequencing and fluorescence activated cell sorting (FACS) to yield a complete picture of each regulatory sequence's activity.

"This resource is the largest and most wide-ranging of its kind," says Dr. Wang, "and will enable synthetic biologists to further expand on our work to design and build biological systems with ever-increasing complexity and sophistication."

In the study, the researchers developed extensive resources for a number of bacteria that live in soil, the ocean and on our bodies, including B. subtilis, E. coli, P. aeruginosa, S. enterica, V. natriegens and C. glutamicum. They found that different bacteria use genetic parts differently, some capable of utilizing a variety of parts while others could only use a restricted subset. This phenomenon led the researchers to develop "species-selective" gene circuits that are only turned on in defined members of a microbial community as a way to more precisely engineer the entire population with higher level of genetic control.

"Our study aimed to provide a unified framework for identifying how regulatory sequences function within different bacteria," says Johns. "Researchers working on less-studied organisms have been working somewhat in isolation, but now they can use sequences from a common resource."