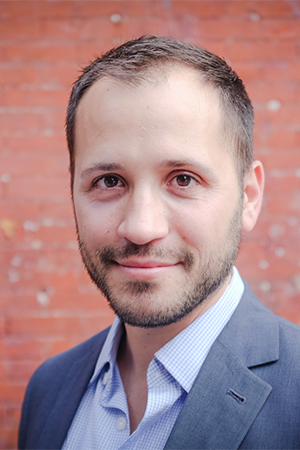 Nicholas Tatonetti , PhD, solves problems. He has always enjoyed it, and as the informatics community has discovered, he is both creative and proficient in his methods.

Dr. Tatonetti, who was recently awarded tenure and promoted to the rank of Associate Professor in the Columbia Department of Biomedical Informatics (DBMI) and Department of Systems Biology , focuses on the use of advanced data science methods, including artificial intelligence and machine learning, to investigate medicine safety. Using emerging resources, such as electronic health records (EHR) and genomics databases, his lab is working to identify for whom these drugs will be safe and effective and for whom they will not.

His path to Columbia wasn’t a traditional one, but that fits his work. Since joining in 2012, Dr. Tatonetti has used non-traditional thinking to benefit both health and healthcare.

Utilizing both data mining of medical records and prospective lab experiments, Dr. Tatonetti created a methodology for both finding and validating adverse drug reactions and drug-drug interactions. During a two-year collaboration with Pulitzer Prize-winning journalist Sam Roe of the Chicago Tribune , Dr. Tatonetti discovered that the drugs ceftriaxone and lansoprazole, when taken together, induces an arrhythmia in the heart.

The data mining identified adverse effects, while the lab experiments established causality. Dr. Tatonetti wasn’t specifically looking for a negative reaction of those particular drugs; he had no reason to suspect them.

“We are able to find things that nobody expects to happen because the world of hypotheses we consider is basically everything,” he said. “We consider every possible combination, a type of analysis that would be impossible without a huge data set and significant computational power.”

The work was published in the Journal of the American College of Cardiology in 2016, while Roe’s Tribune feature on it earned a 2017 Pulitzer finalist in Public Service.

Read more at the Department of Biomedical Informatics newsroom.