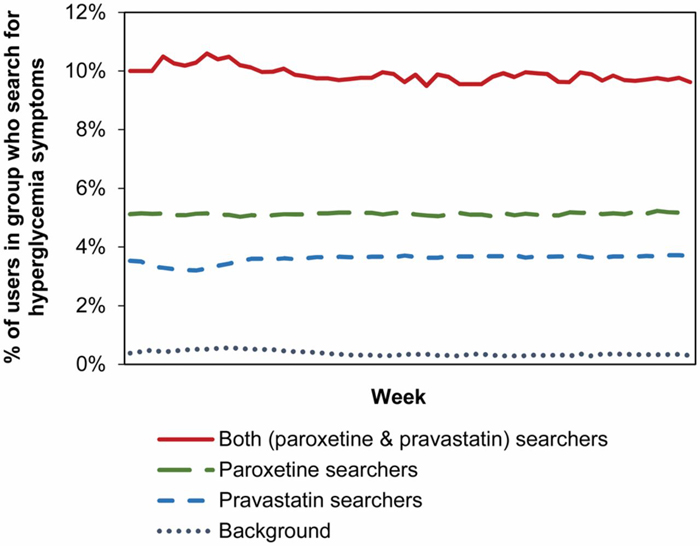 Although the US Food and Drug Organization and other agencies collect and analyze reports on adverse drug effects, alerts for single drugs and drug-drug interactions are often delayed due to the time it takes to accumulate evidence. Columbia University Department of Systems Biology faculty member Nicholas Tatonetti, in collaboration with investigators at Stanford University and Microsoft Research, hypothesized that Internet users can provide early clues of adverse drug events as they seek information on the web concerning symptoms they are experiencing. A new paper explains their results.

As a test, Tatonetti and colleagues asked whether it would be possible to detect evidence of an interaction between the antidepressant paroxetine and the anti-cholesterol drug pravastatin by analyzing web search logs from 2010. As a postfoc at Stanford, Tatonetti and colleagues used a data mining algorithm to analyze FDA adverse event reporting records, and retroactively found this combination to be associated with hyperglycemia (high blood sugar) in some patients. In this new project, the researchers analyzed the search logs of millions of Internet users from a period before the above association was identified to see how often they entered search terms related to hyperglycemia and to one or both medications under investigation. (Participants in this study opted in by voluntarily installing a web browser extension that tracked their activity anonymously.)

Using disproportionality analysis, Tatonetti looked for searches of drug pairs that occurred at higher than expected frequencies by participants who also searched for hyperglycemia. The study found that people who searched for both paroxetine and pravastatin over the 12-month period were more likely to perform searches on terms related to hyperglycemia than those who searched on only one of the drugs.

Tatonetti points out, “Because the interaction between pravastatin and paroxetine was not known during the period from which the search records were gathered, our analysis was similar to a prediction task, and thus demonstrates the potential for using web logs to identify adverse drug-drug interactions more quickly.”